Read on a long plane trip from New Haven to Honolulu; good vacation read. The dog digging up smelly truffles must be Rendell's spirit animal. Author specializing in psychological realism gets fantasy revenge on fantasy writers ("stabbed with a frenzy"). Read full review

Really enjoyed this - Wexford reminds me of Barnaby in Caroline Graham's novels... I'll be sure to read more. Read full review

Ruth Rendell is crime writing at its very best. The author of over 50 novels, she has won many significant crime fiction awards. Her first novel, From Doon With Death, appeared in 1964, and since then her reputation and readership have grown steadily with each new book.

Her books are translated into 21 languages. In 1996 she was awarded the CBE and in 1997 became a Life Peer. 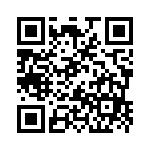