This was the first book I read on the topic of peak oil, so it was an eye-opening experience. It makes the case for peak oil to a general audience without too much technical detail and describes the ... Read full review

What happens when the amount of oil in the world starts to hit the maximum level of production that it has? What happens if our use continues to rise at the same time? Welcome to the near future. Hydrogen better come soon or there will be a need to fully own all of the oil everywhere. Read full review

Richard Heinberg is widely acknowledged as one of the world's foremost Peak Oil educators. A journalist, educator, editor, lecturer, and a Core Faculty member of New College of California where he teaches a program on "Culture, Ecology and Sustainable Community, he is the author of six previous books including The Party's Over and Powerdown. 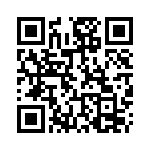