This was an interesting read but definitely one that is better read in parts. The interviews start getting a little repetitive, you'll appreciate taking a breather now and then. Definitely get through ... Read full review

Software developers are typically bright people but possess few social contacts who approach the world like them. Such loneliness is famously parodied by stereotypes. Even the most social among us ... Read full review

Peter Seibel is a serious developer of long standing. In the early days of the Web, he hacked Perl for Mother Jones and Organic Online. He participated in the Java revolution as an early employee at WebLogic which, after its acquisition by BEA, became the cornerstone of the latter's rapid growth in the J2EE sphere. He has also taught Java programming at UC Berkeley Extension. He is the author of Practical Common LISP from Apress. 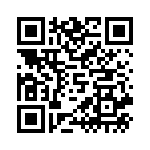