This was totally different from what I expected. It is part murder mystery, part magical realism, part contemporary romance, part historical romance, and some things I cannot name because I do not ... Read full review

I'm at a loss trying to blurb this book. It follows the life of Neave Terhune from her childhood during the Great Depression through to her life as an adult running a cosmetics company in the post-war ... Read full review

Sharon Pywell is the author of The Romance Reader's Guide to Life. She lives in Boston. 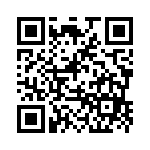