Page 89
The topology and geometry together define a boundary representation solid
model. The boundary solid grammar detailed here uses a representation
consisting of: — a topology graph with vertex, edge-half, loop, face, shell and
solid nodes, ...
Page 90
The following specifies the alphabet of relations between topological elements:
Earc — < f vertex-l, loop-j , shell-solid, vertex-eh, next-faceJ, outsidesh, ... The
The topology graph defines a graph of topological elements and their
adjacencies.
Page 261
As shown in this paper, topologies can be randomly combined until a satisfactory,
or interesting, topology has been generated. In the example of the hotel and
school topologies, it was shown how a requirement for a building that has
elements ... 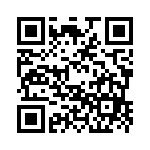