30 pages matching wrote in this book

Elizabeth Hay was born in Owen Sound, Ontario on October 22, 1951. She attended Victoria College, University of Toronto. She worked for Canadian Broadcasting Corporation radio for ten years as a host, interviewer, and documentary maker. She has written several books including Small Change, A Student of Weather, Garbo Laughs, and The Only Snow in Havana. She won the 2007 Scotiabank Giller Prize for Late Nights on Air. In 2002, she received the Marian Engel Award for her body of work, which includes novels, short fiction, and creative non-fiction. 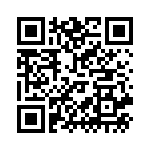