Good -- if dated, now -- exploration of the specialized communities that have developed around Science Fiction -- fandom, conventions, history -- and the forces shaping and changing them through the ... Read full review

Camille Bacon-Smith is the author of several books, including Enterprising Women: Television Fandom and the Creation of Popular Myth, also available from the University of Pennsylvania Press, The Face of Time, and Eyes of the Empress. 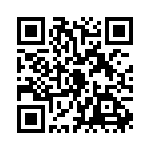