Page 169
said Lizabeth. "Dis mon goin' to trouble all de ladies, goin' to be kissin' after dem
and huggin' dem. ..." "Can't you talk?" asked the bald man. He thought he could,
but there were so many voices, so many words to choose from . . . maybe later.
Page 195
"How's she goin'?" he asked. "Seem like you a little tore down this mornin'." "I feel
okay," said Mingolla defensively. '"Course" — he smiled, making light of his
defensiveness — "maybe you see something I don't." The pilot shrugged; the ...
Page 289
"Everything goin' to work out in de end." Other Americans have used Hatfield's
method of fortune- telling to exemplify the islanders' gullibility and ignorance, and
even Hatfield would admit to an element of hoax. He did not think he had power ...

Lucius Shepard was born in Lynchburg, Virginia in 1947. He wrote in many different genres including science fiction and fantasy, cyberpunk, magical realism, poetry, and non-fiction. He published his first short stories in 1983 and his first novel, Green Eyes, in 1984. His other works include Life During Wartime, The Jaguar Hunter, and Two Trains Running. He won several awards including the John W. Campbell Award for Best New Writer in 1985, the Nebula Award for the novella R&R, the Hugo Award for the novella Barnacle Bill the Spacer, and the Shirley Jackson Award for the novella Vacancy. He died on March 18, 2014 at the age of 66. 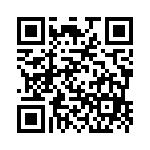