Page 60
tion of the colony had occurred in Adelaide. On 4 April a man in the bushman's
garb of blue shirt, soiled cabbage-tree hat with broad black ribbon, booted and
spurred, with a stock-whip in the hand, and a clay pipe in the mouth was seen in
the ...
Page 64
In church and chapel men and women in Adelaide were encouraged to a
licentiousness in things spiritual, and an austere discipline in their behaviour.
They were exhorted to be libertarians in belief, and conformists in conduct.” At the
...
Page 393
In Adelaide, Kapunda, Burra, Gawler, the Barossa Valley, the Mount Barker
district, Mount Gambier, Port Lincoln and west to the boundaries of European
settlement at Streaky Bay the clergy, schoolmasters and public press went on ... 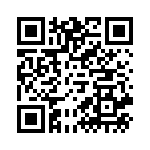