Page 72
Observations like these prepared the way for Jean Paulhan , Madagascar ' s
most sympathetic spokesman , who created a new definition of proverbs by
paying attention to the performances that constituted this genre of artistic
communication .
Page 83
This approach to proverbs , advanced by European scholars ( Kuusi 1972 ,
Permiakov 1979 , Peukes 1977 , Voigt 1970 ) , seems especially appropriate to
Malagasy culture , which values verbal Auency and creativity . Moreover ,
Paulhan , an ...
Page 135
In Paulhan ' s terms , the abundance of images , the reliance upon verbal music ,
the parallelism , the balance , and the antithesis in these two examples , as well
as in the other two which Paulhan heard sung , link them with poetry everywhere
... 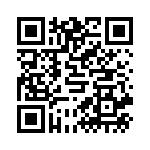