Page 17
Arthur, Mount T After Sir George Arthur who was Lieut-Governor of Tasmania
from 1824 to 1837. Though a controversial figure, he has been described as '
unselfish, of inviolable integrity, and a pre-eminently able administrator'. His
name is ...
Page 116
Y. B. Hutchinson and T. B. Strangways made a closer inspection in 1837 and
named it after the Governor, Sir John Hindmarsh, ... Lieut John Bowen had
formed a settlement at Risdon Cove, but Lieut-Governor David Collins
considered the site ...
Page 257
... Lieut John: Nobby 's Head Shortland, Lieut T. G.: Hunter River Simpson, A. A.:
Simpson Desert* Simpson, John: Dead ... Lieut-Governor: Shannon River; Sorell
*; Mount Wellington Southey, Robert: Greta Sparke, A. B.: Tempe Spencer, Earl: ... 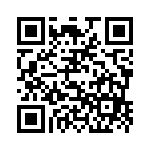