Page viii
... automation, Basic English, city planning, cybernetics, diplomacy, the
increasing life span, interplanetary travel, the managerial* revolution, Marxism,
the new pharmacology, psychoanalysis, world government, and a thousand other
valuable ...
Page 9
Psychoanalysis has gone on to probe into many corners of man's deeply
unconscious nature and has laid bare the orderly meanings behind many a
bizarre contradiction. Experimental psychology has defined more exactly the
ways in which ...
Page 48
Yet there is sheer delight in the rules as such, sheer "virtuosity" in mastering and
using this, like other forms of the social network which holds us together. A major
aspect of the "latency" period as conceived by psychoanalysis is the outgrowing ... 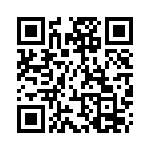