Roger Webber was brought up in East Africa and England. Qualified in medicine at the University of London, he travelled to Solomon Islands to work for the government. Along with his hospital duties, he did research into filariesis, for which he obtained a doctorate. After 10 years of service, he became the medical coordinator of a project to put in health services in the south-west part of Tanzania. In 1985 he joined the staff of the London School of Hygiene and Tropical Medicine, heavily involved in the teaching of MSc students. He did consultancies in many countires of the world, especially Asia and South American, adding to his previous experiences in Africa and the Pacific, to give him a global knowledge of health problems. While in Tanzania he drafted a book for recently qualified doctors, out of which has developed Communicable Disease Epidemiology and Control. Now retired, he lives in Scotland. 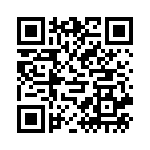