Page 196
We have an enemy beyond the barrier, and I ask you—" "Excuse me," Clea said.
"Excuse me, please." "Oh, of course. I didn't mean to keep you. Good morning."
But Clea had already pushed past and was walking up the stairs. We have an ...
Page 242
"Hey," he whispered. "There's something back there! You can hear it!" "Probably
a spy for the enemy." Then there was a laugh and the shoulder shook under Tel's
hand. "Forget it, soldier. It's just one of the flip-flops that come around sometimes
...
Page 249
"Man," said Illu when he saw Tel, "we thought you'd had it. What were you out
looking for?" "Just exploring," said Tel. "Just don't explore yourself right into an
enemy encampment. You know they've moved closer." "Yeah," said Tel. "I heard.

After his seventh novel Empire Star (1966), Samuel Delany began publishing short fiction professionally with “The Star Pit.” It appeared in Worlds of Tomorrow and was turned into a popular two-hour radio play, broadcast annually over WBAI-FM for more than a decade. Two tales, “Aye, and Gomorrah” and “Time Considered as a Helix of Semi-precious Stones,” won Nebula Awards as best SF short stories of, respectively, 1967 and 1969. Aye, and Gomorrah contains all the significant short science fiction and fantasy Delany published between 1965 and 1988, excepting only those tales in his Return to Nevčr˙on series. A native New Yorker, Delany teaches English and Creative Writing at Temple University in Philadelphia. In July of 2002 he was inducted into the Science Fiction Hall of Fame. 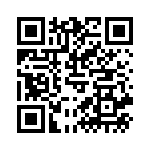