Page viii
The majority of churchmen in the West , though usually anti - Judaic and
sometimes racist , were less willing or able than their German counterparts to join
with powerful groups capable of harming the Jewish community . But Christianity
alone ...
Page 232
The Nazis , neither the largest nor the most extreme of them , were still a small
group of obscure plotters . Hundreds of ... Orgesch , active in Bavaria in 1919 and
with ties to similar Austrian groups , had 300,000 members . A “ power in the land
...
Page 234
hundreds ; his organization , numbering 47,000 by 1922 , was but one of many
similar groups , some larger : Orgesch , the Thule Society , the Teutonic Order ,
Bund Oberland , Reichsflagge , Bund Wiking , Bund Bluecher , the Rossbach ... 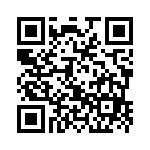