A lighthearted entertaining look at surname origins, patterns, trends and transformations through the ages. Some stunning examples of them. Read full review

David McKie formerly worked for the Guardian as a political reporter, deputy editor, chief leader writer and author of the 'Elsewhere' and 'Smallweed' columns. His much-praised account of a Victorian conman, Jabez: The Rise and Fall of a Victorian Rogue, was shortlisted for the Whitbread Biography Award. He has also written such widely acclaimed books as Great British Bus Journeys and McKie's Gazetteer. 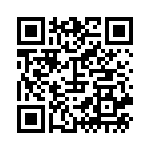