Annika Mombauer lectures in Modern European History at The Open University. Her publications include the recently published Helmuth von Motke and the Origins of the First World War CUP (2001). 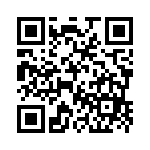