Page 9
As we have seen , members were elected to the House of Representatives from
constituencies containing approximately the same number of people , except that
no original State , however lightly populated , could have fewer than five seats in
...
Page 32
When this clause was recommitted to the House in September , Hughes withdrew
his amendment because Barton had rewritten Clause ... Thus amended under
Labor pressure , the clause ( and the Bill ) passed both Houses and became law .
Page 495
House of Representatives : as peo - Minister for Home Affairs 153 ple ' s House ,
5 ; numbers in , 9 , Pearl Harbour , 247 ... 268 , 306 and Social Services .
proceedings broadcast , 210 Senate : as House of review , 10 , Periodicals , 208 ,
211 ... 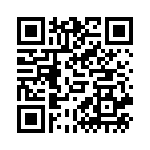