Page 161
They praised the two gentlemen, Burke and Wills; they vilified the non-gentlemen
, such as Landells and Wright, as cowardly, ignorant and lazy men who had
contributed to the death of two men with the courage and the capacity to solve the
...
Page 163
That paragon of an old English gentleman, James Hurtle Fisher, one of the
founders of the province, his face ravaged by ... A procession of ladies and
gentlemen, including Sir Henry Barkly, Lady Barkly, Lady Bowen, Sir William
Stawell, Lady ...
Page 164
He presented the portrait to the Melbourne Club, where it still hangs on the wall
of the library to remind the gentlemen of Melbourne of the exploits of British
heroes. Henry Kendall wrote a poem to honour the 'noble Burke', whose tragic
story ... 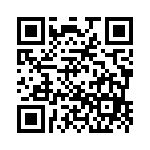