A good version of this book can be found at: https://theoryofcolor.org/Theory+of+Colours
It contains pages missing in this version and is well formatted.

Most of Goethe's explanations of colour have been thoroughly demolished, but no criticism has been leveled at his reports of the facts to be observed; nor should any be.
This book can lead the reader through a demonstration course not only in subjectively produced colours (after images, light and dark adaptation, irradiation, coloured shadows, and pressure phosphenes), but also in physical phenomena detectable qualitatively by observation of color (absorption, scattering, refraction, diffraction, polarization, and interference).
A reader who attempts to follow the logic of Goethe's explanations and who attempts to compare them with the currently accepted views might, even with the advantage of 1970 sophistication, become convinced that Goethe's theory, or at least a part of it, has been dismissed too quickly. —Deane B. Judd, editor, M.I.T. Press, 1970.

Page 387 - This passage, though it may possibly perplex the critics, is a true and an artist-like description of the effect of glazing or scumbling, such as was practised by Titian and the rest of the Venetian painters. This custom, or mode of operation, implies at least a true taste of that in which the excellence of colouring consists : which does not proceed from fine colours, but true colours ; from breaking down these fine colours which would appear too raw, to a deeptoned brightness. Perhaps the manner...‎
Appears in 25 books from 1798-2005
Page 308 - Colours," translated by Sir C. Eastlake. "When a yellow colour is communicated to dull and coarse surfaces, such as common cloth, felt, or the like, on which it does not appear with full energy, the disagreeable effect alluded to is apparent. By a slight and scarcely perceptible change, the beautiful impression of h're and gold is transformed into one not undeserving the epithet foul, and the colour of honour and joy reversed to that of ignominy and aversion. To this impression, the yellow hats of...‎
Appears in 16 books from 1840-1993
More
Page 310 - As Yellow is always accompanied with light, so it may be said that Blue still brings a principle of darkness with it. This colour has a peculiar and almost indescribable effect on the eye. As a hue it is powerful, but it is on the negative side, and in its highest purity is, as it were, a stimulating negation. Its appearance then is a kind of contradiction between excitement and repose.‎
Appears in 18 books from 1840-2007
Page 3 - Goethe has likewise pointed out the effect of debility upon vision: "In passing from bright daylight to a dusky place we distinguish nothing at first; by degrees the eye recovers its susceptibility: strong eyes sooner than weak ones ; the former in a minute, while the latter may require seven or eight minutes.‎
Appears in 11 books from 1840-2001
Page 23 - On the 19th of June, 1799, late in the evening, when the twilight was deepening into a clear night, as I was walking up and down the garden with a friend, we very distinctly observed a flame-like appearance near the oriental poppy, the flowers of which are remarkable for their powerful red colour. We approached the place, and looked attentively at the flowers, but could perceive nothing further, till at last, by passing and repassingrepeatedly, while we looked side-ways on them, we succeeded in renewing...‎
Appears in 6 books from 1840-1887
Page 62 - ... which becomes paler as the density of the medium is increased ; but on the contrary becomes darker and deeper as the medium becomes more transparent. In the least degree of dimness short of absolute transparency, the deep blue becomes the most beautiful violet.‎
Appears in 15 books from 1840-2007
Page 314 - The effect of this colour is as peculiar as its nature ; it conveys an impression of gravity and dignity, and at the same time of grace and attractiveness. The first, in its deep dark state ; the latter, in its lighter tint, and thus suits both the aged and the young. Green. — The eye experiences a healthy and peculiarly grateful impression from this...‎
Appears in 10 books from 1840-2007
Page 34 - During the day, owing to the yellowish hue of the snow, shadows tending to violet had already been observable ; these might now be pronounced to be decidedly blue, as the illumined parts exhibited a yellow deepening to orange. But as the sun at last was about to set, and its rays, greatly mitigated by the thicker va* Reservoirs in which water is collected from various small streams, to work the mines.‎
Appears in 10 books from 1840-2007
Page 352 - When the distinction of yellow and blue is duly comprehended, and especially the augmentation into red, by means of which the opposite qualities tend towards each other and become united in a third; then, certainly, an especially mysterious interpretation will suggest itself, since a spiritual meaning may be connected with these facts ; and when we find the two separate principles producing green on the one hand and red in their intenser state, we can hardly refrain from thinking in the first case...‎
Appears in 9 books from 1840-2004
Page xi - Goethe contain more •useful principles in all that relates to harmony of colour, than any that have been derivedfrom the established doctrine. It is no derogation of the more important truths of the Newtonian theory to say, that the views it contains seldom appear in a form calculated for direct application to the arts. The principle of contrast so universally exhibited in nature, so apparent in the action and reaction of the eye itself, is scarcely hinted at. The equal pretensions of seven colours,...‎
Appears in 6 books from 1840-1880
Less 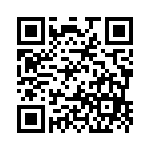