Page 330
Amongst the few members who listened to Lord John that night was a young radical who wanted that ' unclean thing ' not to be ... In these things he was poles apart from Stephen , Lord John Russell and the saints of Exeter Hall .
Page 331
Molesworth now began a correspondence with Lord John Russell on what was to be done . To his delight Lord John told him on April 1837 that if transportation were to continue , it would create the most depraved community that had ever ...
Page 339
Molesworth was once again in the chair , with Lord John Russell , Sir George Grey , Mr Leader , Mr Ward , Mr Hawes , Mr Ord , Viscount Howick , Sir Thomas Fremantle , Mr F. Baring , Sir Robert Peel , Mr Charles Buller , Viscount ... 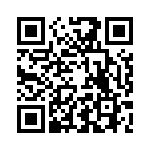