Page 300
We had counted on surprise, speed, and utterly confusing the Egyptian army, but
it was only when I myself flew to visit Sharm el-Sheikh at the southernmost tip of
the Sinai and toured the Gaza Strip by car afterward that I really understood the ...
Page 381
The Egyptian War of Attrition had started at the beginning of March, 1968, and
went on, with increasing ferocity, till the summer of 1970. Not only did the Soviet
Union refrain from pressuring Nasser to end the violence and the killing, but it ...
Page 382
tary installations, by bombing Egyptian military targets, not only at the cease-fire
line but inside Egypt itself, and, if and when necessary, even by bringing our
message to the very doorstep of the Egyptians by raiding deep into Egyptian
territory. 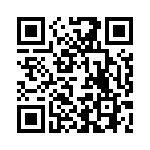