Page 29
It is bounded in front, from above down, bv the caudate lobe of the Iiver, the
lesser omentum, the postero- inferior ... to the right of the esophageal opening
into the stomach, that part of the diaphragm which supports the caudate lobe of
the liver.
Page 54
The right colic flexure, responsible for the so-called colic impression on the under
- surface of the right lobe of the liver (see Ciba Collection, Vol. 3/111, page 5),
lies anterior to the caudal portion of the right kidney, the two organs being linked
...
Page 176
An extensive alveolar exudation of red blood cells, neutrophils, eosinophils and
fibrin may evolve, resulting in a lobular pneumonia; eventually, an entire lobe
may become consolidated (ascaris pneumonitis). Sensitive individuals react to
the ... 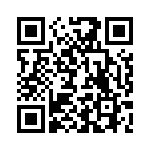