Page 15
Seen from the tiny craft , the the island and speak to him about waves appeared enormous , and , the boat . In response to our second indeed , before we could land , one call , an unsmiling youth appeared , hit us broadside on ...
Page 118
“ I am building a boat , ” he said . It was over the subject of the boat that they made friends . Where did he get the wood ? The timber merchants gave him odd bits , and he had been collecting on the beach for two or three years now .
Page 155
At some early stage - if it had had not happened already , I would step , or be pushed , into a boat of one colour or another , over which I would have minimal control . La River Mysteroos , which was also the river of life , would ... 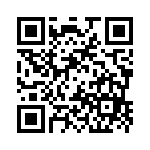