Robert L. Willett is a military historian and the author of two well-received books on the American Civil War, One Day of the Civil War: America in Conflict, April10, 1863 (described by Publishers Weekly as "cleverly conceived and consistently engrossing" and The Lightning Mule Brigade: The Story of Streight's Raid. A resident of Cocoa Beach, Florida, he has traveled extensively in the Russian Far East as a member of the Citizens Democracy Corps. 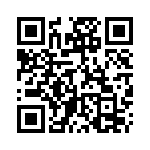