Page 81
Braham credits the government of Miklos Kallay, prime minister from March 1942
until the German occupation of 1944, with having prevented the imposition of the
Final Solution in Hungary for two years, through a policy of fence-sitting, verbal ...
Page 218
Randolph L. Braham, The Hungarian Labor Service System, 1939— 194S (New
York, 1977). 54. Braham, Politics of Genocide, I, 225—26, 229; and idem, "The
Jewish Question in German-Hungarian Relations during the Kallay Era," Jewish
...
Page 243
Andre Biss, Der Stopp der Endldsung (Stuttgart, 1966); Randolph L. Braham, "
The Official Jewish Leadership of Wartime Hungary," in Yisrael Gutman and
Cynthia J. Haft, eds., Patterns of Jewish Leadership in Nazi Europe, 1933—1945:
... 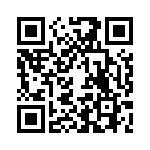