Nino Pagliccia has two Master’s Degrees from Stanford University and is a retired researcher responsible for Canada- Cuba collaborative projects at the University of British Columbia. He has published many peer-reviewed journal articles and has contributed chapters to books on topics about Cuba, the Cuban healthcare system and solidarity. He has been a long-time activist and has organized groups to do voluntary work in Cuba for almost 15 years with a focus on exposing Canadians to the Cuban reality. He has travelled often to Cuba and within Cuba where he has participated extensively in fieldwork both as a university researcher and as a volunteer. 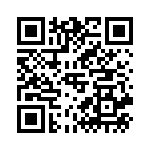