K. ERIC DREXLER published the first scientific paper on molecular nanotechnology in 1981. In addition, he taught the first course on the subject (at Stanford University) and chaired the first two conferences. He is currently President of the Foresight Institute and a Research Fellow of the Institute for Molecular Manufacturing. He wrote Nanosystems while a Visiting Scholar at the Stanford University Department of Computer Science and continues to lecture at universities and corporations in the U.S., Europe, and Japan. He received his doctoral degree in molecular nanotechnology from MIT. 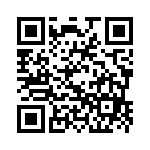