Page 54
As a consequence of this requirement , fully ideal solutions are commonly formed
only by two materials containing molecules of similar size , shape , and polarity ,
such as benzene and toluene , chloroform and carbon tetrachloride , n - hexane ...
Page 95
... now examine briefly other types of phase change . The conversion of a solid to
a vapor , sublimation , is quite similar to the vaporization of a liquid , and a similar
equation applies for the heat of sublimation : ( 9 ) p = AH sub : A Esub + PAV ...
Page 396
It is seen , then , that the behavior of the reacting system is similar qualitatively ,
no matter which of the three species is added to the enzyme , differing only
quantitatively in the magnitude of the rate constants . Thus both the first and
second ... 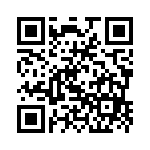