This is one of the best books of the type that I have ever read. It gives a clear blueprint to how we can save the world from ecological disaster. I think often of sending this book to Congresspeople ... Read full review

The author lays out a compelling case for economic evolution; he argues convincingly that we need to adjust our economic system to include "natural capital", and that our GNP needs to be adjusted to include damage to natural resources in the costs of products. Read full review

Amory Bloch Lovins was born on November 13, 1947 in Washington, DC. He is an American physicist, environmental scientist, writer, and Chief Scientist of the Rocky Mountain Institute. He attended Harvard College. After two years there, he transferred to Magdalen College, Oxford University, England, where he studied physics and other topics. In 1969 he became a Junior Research Fellow at Merton College, Oxford, where he received an Oxford master of arts as a result of becoming a university don. However, the University would not allow him to pursue a doctorate in energy, as it was two years before the 1973 oil embargo, and energy was not yet considered an academic subject. Lovins resigned his Fellowship and moved to London to pursue his energy work. During the early seventies, Lovins became interested in the area of resource policy, especially energy policy. The 1973 energy crisis helped create an audience for his writing and an essay originally penned as a U.N. paper grew into his first book concerned with energy, World Energy Strategies. His next book was Non-Nuclear Futures: The Case for an Ethical Energy Strategy, co-authored with John H. Price. Lovins published a 10,000-word essay "Energy Strategy: The Road Not Taken?" in Foreign Affairs, in October 1976. Its contents were the subject of many seminars at government departments, universities, energy agencies, and nuclear energy research centers, during 1975-1977. The article was expanded and published as Soft Energy Paths: Toward a Durable Peace in 1977. He has worked in the field of energy policy and related areas for four decades. He was named by Time magazine one of the World's 100 most influential people in 2009. His titles include Let the Mountains Talk, Let the Rivers Run: A Call to Save the Earth,The Essential Amory Lovins, Winning the Oil Endgame: Innovation for Profit, Jobs and Security and Reinventing Fire: Bold Business Solutions for the New Energy Era. 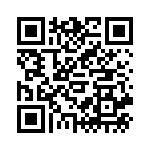