His first novel, A Trick of Light, was published in 1984. By this time he had become a feature writer on the Sunday Telegraph and in 1986 moved to the new national daily paper the Independent as its literary editor. His second novel, The Girl at the Lion d'Or, was published in 1989. In 1991 he gave up journalism to concentrate on writing. In 1992 his third novel, A Fool's Alphabet, was published in London, and in 1993 he published Birdsong to huge critical acclaim. It has so far sold more than 400,000 copies in Britain. In January 1997 a television and bookshop poll among British readers placed it in their top fifty books of the century. He was named Author of the Year in the British Book Awards of 1995. He has since published a nonfiction book, The Fatal Englishman: Three Short Lives, which was also a bestseller, and is nearing the end of a new novel. He married in 1989, and he and his wife have three small children. They spent 1996 in France but are now back in London. 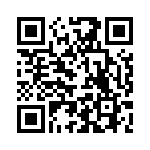