John Major Jenkins is an independent researcher on ancient Mesoamerican cosmology who has worked with the highland Tzutujil and Quiche Maya communities. He currently resides in Boulder, Colorado. 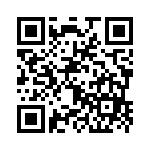