Dear Sir:
I am an Iraqi novelist, and this is something about me.
sincerely yours.
Mahmoud SaeedMahmoud Saeed (born 1939) is an Iraqi-born American award-winning novelist.[1]
Mahmoud Saeed
Born in Mosul, Saeed has written more than twenty novels and short story collections, and hundreds of articles. He started writing short stories at an early age. He wrote an award-winning short story in the Newspaper “Fatal Iraq, Newspaper” in 1956. He issued a collection of short stories, “Port Saeed and other stories” in 1957. In 1963, the coup of the government destroyed his two novels, The Old Case and The Strike, which he deposited in Iraqi Union Guild.
The authorities prevented his novel Rhythm and Obsession from being published in 1968, and banned his novel Rue Ben Barka, in 1970. Rue Ben Barka was published fifteen years later in Egypt, Jordan, and Beirut in 1997. Authorities banned the publication of any book written by him from 1963 to 2008. His most important novels after Rue Ben Baraka are The Girls of Jacob, The World Through the Angel’s Eyes, I am the One Who Saw, and Trilogy of Chicago. Saddam City
Saddam City, published in 2004 by Dar Al-Saqi in London, is Saeed's most famous novel. The title was changed from the original Arabic title, I am the One Who Saw (أنا الذي راء), and was translated into English by Lake Forest College sociology professor Ahmad Sadri.[2] The book was later translated and published in Italian with the same title.
Saddam City depicts the fear and despair of Baghdad schoolteacher Mustafa Ali Noman as he is shuttled from prison to prison after being detained by Iraqi security forces during the height of Saddam Hussein's rule in the 1970s. The senselessness of his arrest and the torture he and other prisoners endure drive Mustafa to see Hussein's Iraq as a place where "being free only meant one thing: imminent arrest." The novel is based on the true experience of Saeed's experiences as a political prisoner in Iraq.
The book has been received well by critics, one of which called Saeed's novel "... bracingly convincing ... a simply beautiful, though inevitably harrowing, tale."[3] Amazon.com also wrote that "Mahmoud Saeed's devastating novel evokes the works of Kafka, Solzhenitsyn and Elie Wiesel. It is a vivid account of the wanton and brutal treatment of the Iraqi people by Saddam Hussein's feared secret police and of the arbitrariness of life under tyranny." The novel has applauded for highlighting positive aspects of Arab and Iraqi culture, including friendship, community, respect, generosity, and hospitality. Saddam City was also considered one of the best 56 novels in the world by the website Library Thing in New York.
According to the author, the original transcript of the novel included two additional chapters which were censored and removed from the novel by Arab authorities before he brought the book to be published in the United States.
Mahmoud Saeed teaches intermediate and advanced Arabic language courses at DePaul University, as well as Arab Culture and Iraqi Political History.
• 1955 – “Ominous gun.” This short story won the Prize of Fata Al Iraq Newspaper (Iraqi Young).
• 1957 - Port Saeed and Other Stories. Short stories. Baghdad. There is a copy in the National Library in Baghdad.
• 1959 – The Strike. Novel. Mosul. Manuscript deposited with the Iraqi Writers Union.
• 1963 - The Old Case. Novel. Published in Baghdad by the Iraqi Writers Union, but was destroyed a few days later when the coup changed the government.
• 1968 - Rhythm and obsession. Novel. The government prevented the novel from being published, but it was eventually published in Syria. Almada House Damascus. 1995.
• 1970 - Rue Ben Baraka. Novel. It was banned in Iraq. It was published in Cairo in 1987 - ISBN 3574/87, then in Dar Caramel Amman, Jordan in 1993. It was published again in Dar al-Carmel, Jordan in 1995, then in the House of Arts in Beirut, Lebanon in 1997. It won the Ministry of

Page 104 - His Majesty's Government view with favour the establishment in Palestine of a National Home for the Jewish people, and will use their best endeavours to facilitate the achievement of this object, it being clearly understood that nothing shall be done which may prejudice the civil and religious rights of existing non-Jewish communities in Palestine, or the rights and political status enjoyed by Jews in any other country.
Appears in 1272 books from 1837-2008
Page 176 - Johnson long afterwards owned that, though he had saved appearances, he had taken care that the Whig dogs should not have the best of it...
Appears in 257 books from 1799-2008
More
Page 182 - Nor is it always in the most distinguished achievements that men's virtues or vices may be best discerned ; but very often an action of small note, a short saying, or a jest, shall distinguish a person's real character more than the greatest sieges, or the most important battles."* To this may be added the sentiments of the very man whose life I am about to exhibit.
Appears in 157 books from 1799-2007
Page 302 - Kansas, and when admitted as a state or states, the said territory, or any portion of the same, shall be received into the union with or without slavery, as their constitution may prescribe at the time of their admission...
Appears in 347 books from 1830-2008
Page 117 - The psychiatrists stepped in at the end of the 18th and the beginning of the 19th, centuries.
Appears in 503 books from 1809-2008
Page 232 - The judges are the Lord Chancellor, the Lord Chief Justice, the Master of the Rolls, the President of the Probate, Divorce, and Admiralty Division, the Lords of Appeal in Ordinary, and former Lord Chancellors.
Appears in 131 books from 1758-2007
Page 372 - ... was not made the exclusive or final judge of the extent of the powers delegated to itself, since that would have made its discretion, and not the constitution, the measure of its powers ; but that, as in all other cases of compact among parties having no common judge, each party has an equal right to judge for itself, as well of infractions as of the mode and measure of redress.
Appears in 558 books from 1795-2008
Page 374 - The squares of the periods of revolution of any two planets are proportional to the cubes of their mean distances from the sun.
Appears in 430 books from 1802-2008
Page 189 - Any seven or more persons, or, where the company to be formed will be a private company, any two or more persons, associated for any lawful purpose may, by subscribing their names to a memorandum of association and otherwise complying with the requirements of this Act in respect of registration, form an incorporated company, with or without limited liability.
Appears in 208 books from 1832-2007
Page 184 - The test of merit in my profession, with the people, is success. It is a hard rule, but I think it right.
Appears in 66 books from 1866-2007
Less 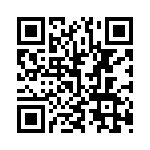