Herbert George Wells (1866–1946). Novelist, journalist, social reformer and historian H.G. Wells is one of the greatest science fiction writers. With Aldous Huxley and, later, George Orwell he defined the adventurous, social concern of early speculative fiction where the human condition was played out on a greater stage. Wells created over fifty novels, including The Time Machine, The Invisible Man and The War of the Worlds. 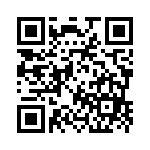