Mearsheimer's writing is extremely clear and his arguments are assertively made. However, he cherry-picks from the historical record and distorts even the examples he chooses to make his point. Even ... Read full review

Mearsheimer takes the "offensive realist" approach, that in an unstable, anarchic world, countries will do what is necessary to a. maintain the balance of power, and b. gain any additional power they ... Read full review

John J. Mearsheimer is the R. Wendell Harrison Distinguished Service Professor of Political Science and codirector of the Program on International Security Policy at the University of Chicago. 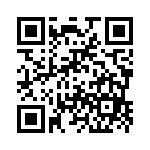