I liked the concept of Dracula but not the story. It seemed like this novel was unnecessarily long-winded. I mean, I appreciate some background and descriptive detail but this was overkill. I only ... Read full review 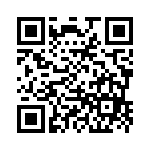