Page 57
Sarah and Edith were ' milliners of Bath , ' and , | Here , for a brief while , domestic peace ' was when brought to found , but want book , gave his of books , friends , authority for the and , perhaps , the statement ( Letters ...
Page 80
contributed originally to Leigh chiefly to the London and New Monthly , he brought out another collection of his essays in 1821 , entitled Table Talk , or Original Essays , a second volume with the same title following in 1822.
Page 292
The imaginary lays of the local brought on by over - exertion injured his good looks minstrels are strung together by an ingenious and often surprisingly graceful thread of narrative - in English , like the bulk of his longer poems ... 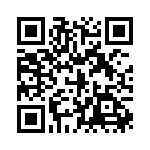