This book was disconcerting and seemed rather chaotic. I think I got to page 5. I will try again. Read full review

Clifford Pickover is the author of over twenty books on a broad range of topics in science and art, a columnist for Odyssey, and an inventor. His books include Surfing Through Hyperspace: Understanding Higher Universes in Six Easy Lessons, Wonders of Numbers: Adventures in Mathematics, Mind, and Meaning, and The Loom of God: Mathematical Tapestries at the Edge of Time. 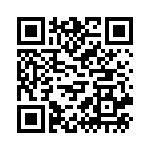