Page 22
Recall from Chapter 13 that each somatic cell in a diploid organism has two sets
of chromosomes , one set inherited from ... Third , if the two alleles at a locus
differ , then one , the dominant allele , determines the organism's appearancé ;
the ...
Page 30
Because of the different effects of dominant and recessive alleles , an organism's
traits do not always reveal its genetic composition . Therefore , we distinguish
between an organism's traits , called its phenotype , and its genetic makeup , its ...
Page 91
The term phenotype can refer not only to specific characters , such as flower color
and blood group , but also to an organism in its entirety — all aspects of its
physical appearance , internal anatomy , physiology , and behavior . Similarly ,
the ... 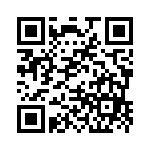