Page 127
"ITl be safe," he promised her. I thought him a wretched idiot and her a wicked
one, either to dream he could escape suspicion after all this connivance with
decoy carriages, drugged guards, and the like. But I did not mar their touching
farewell.
Page 273
Which was a curious thought. Somehow I had never imagined love between
them, at least, no love on my father's side for a witch he had married as adjunct to
his kingdom. "Keep your hand on my shoulder. It will prevent your sinking." "I
know ...
Page 298
This is new, I thought, but the thought burned from my skull. The dress had been
expressly designed for me to loose it; the fastenings melted. Her limbs were cool
and smooth, but a warmth within. The silver fleece on her loins did not look ...

This is the final book of a trilogy that started in Birthgrave, Lee's first novel. That one was a phantasmagorical journey of a woman without any memory of herself through a landscape with that pulp ... Read full review

How creepy is this- I took a nap about thirty pages before the ending, and during the nap, I dreamed the key component to the ending- namely, who Ressavan was. The book was slow- there were a lot of ... Read full review

Tanith Lee, September 19, 1947 - May 24, 2015 Tanith Lee was born on September 19, 1947 in London, England, the daughter of ballroom dancers. She attended various primary schools and had a variety of jobs, from file clerk and assistant librarian to shop assistant and waitress. Lee attended an art college for one year, but felt she would be better writing her ideas than painting them. Her first professional sale was "Eustace," a 90 page vignette which appeared in The Ninth Pan Book of Horror Stories in 1968. While Lee was working as an assistant librarian, she wrote a children's story that was accepted for publication. Others of her stories were also bought but never published. In 1971, Macmillan published "The Dragon Hoard," another children's book, which was followed by "Animal Castle" and "Princess Hynchatti and Other Stories" in 1972. Lee was looking for a British publisher for her book "The Birthgrave," but was denied at every House she went. She then wrote to American publisher DAW, known for it's fantasy and horror selections, who immediately accepted her manuscript and published the book in 1975. Thus began a partnership between the two that lasted till 1989 and resulted in 28 books. After the publication of her third book by DAW, Lee quit her job and became a full-time freelance writer. Lee has been nominated for the World Fantasy Award, the August Derleth Award and the Nebula. She has had more than 40 novels published, along with over 200 short stories. Lee died peacefully in her sleep after a long illness on May 24, 2015. 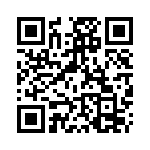