Mark Twain's classic novel - with a few zombie twists. Huck Finn is off on his rafting adventure, but this time he's accompanied by one of the (un)dead: a runaway bagger, Jim. The enslavement of ... Read full review

W. Bill Czolgosz has written fewer books than Mark Twain, and none of them nearly as competently. His own personal favorite is Eat @t Zero’s, published by Coscom Entertainment in 2005 and currently out of print. His latest project is a graphic novel called Zombifrieze, illustrated by Sean Simmans, a frequent collaborator.

Czolgosz lives in Proud Lake, Saskatchewan, with his two children and three cats, just a mile down the street from his on-again/off-again ladyfriend, who has not yet called the police.

He can be contacted by the angry, the insane, the melancholy, and the desperate at wbczolgosz@gmail.com 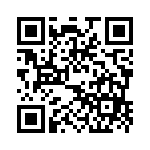