John M. Wilkins is Professor of Greek Culture at the University of Exeter. He is the author of Euripides: Heraclidae (1993) and The Boastful Chef: The Discourse of Food in Ancient Greek Comedy (2000) and has edited several books on Greek literature and food in the ancient world.

Shaun Hill is Honorary Research Fellow at the University of Exeter. He is chef and former owner of the Michelin-starred Merchant House and works as an independent food writer. His books include Cooking at the Merchant House (2000), How to Cook Better (2004), and Cook (with others, 2005).

John Wilkins and Shaun Hill have co-written several books and articles including Archestratus: The Life of Luxury (1994) 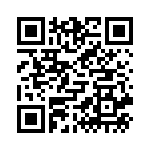