Page 134
Snow is uniquely concerned with the public life , with power struggles and politics
, whether in a small , enclosed society , or in the state itself , and part of the
interest of his sequence is in watching his narrator , Lewis Eliot , move , with ...
Page 140
Time of Hope , which came out in 1948 , was the third novel in the sequence to
be published , but it takes first place chronologically , for it deals with Lewis Eliot's
boyhood , youth and early manhood . We begin with Lewis as a small boy in a ...
Page 146
Such observations tell one something about the personality of the mature Eliot .
In Time of Hope Sheila says to the young Eliot , ' You're not as nice as people
think you are ' , but one is inclined to reflect that one has very little idea how nice
or ... 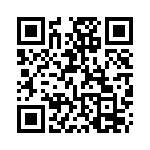