Page 182
Idealist explanations are easily and naturally accepted by human beings
because humans have a capacity for sensing and modeling the thought patterns
of others, a sensible survival strategy for a species that preys on its own members
.4 ...
Page 192
Whereas most mammalian species fear predation by other species, humans
focus on the predators within their own species and have developed acute
capacities for distinguishing potential human predators from possible allies (
Atran, 2002).
Page 227
Some social scientists, and most evolutionary biologists, object to the use of the
terms r- and A'-selection to refer to differences within species rather than to
differences between species. It is undeniably true that these terms originated to
refer ...

Lawrence A. Kuznar is Professor of Anthropology at Indiana University-Purdue University, Fort Wayne. He is the author of Reclaiming a Scientific Anthropology (Altamira Press 1997).

Stephen K. Sanderson is currently a visiting professor of sociology at the University of California, Riverside, where he specializes in comparative-historical sociology, sociological theory, and evolutionary sociology. He is the author or editor of ten books in sixteen editions, among them Evolutionism and Its Critics: Deconstructing and Reconstructing an Evolutionary Interpretation of Human Society (Paradigm 2007), and Revolutions: A Worldwide Introduction to Social and Political Contention (2nd ed., Paradigm 2010). 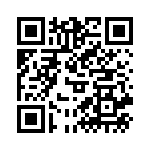