Born in Sarcenat, France, Teilhard de Chardin was the son of a landowner and was educated at a Jesuit school. In 1911 he was ordained a Jesuit priest, but also became interested in geology and paleontology. In 1918 Teilhard de Chardin became professor of geology at the Institut Catholique in Paris. Between 1923 and 1946, he went on paleontological and anthropological expeditions to China and Central Asia, where he helped discover Peking Man in 1929. His work in Cenozoic geology and paleontology earned him widespread recognition, including the French Legion of Honour (1946). Early Man in China, one of his writings from his period as a scientist, is still available. Teilhard de Chardin's lively mind moved beyond science to speculative cosmology. He ranks as an interpreter of naturalistic evolution within a broadened framework of spirituality. During his lifetime his writings were disapproved by the authorities in his order and the church; however, their posthumous publication in the wake of Vatican II catapulted Teilhard into the very center of attention, by intellectuals and philosophers throughout the world. Although his views seem insupportable to many more cautious minds, they have been taken seriously and have stimulated considerable discussion. Teilhard's system on philosophy has been ably epitomized by J. E. Bruns in his review of Phenomenon of Man: ""The story of life is not more than a movement of consciousness veiled by morphology.' These words of the author, referring to consciousness as related to organic structure, express the essential theme of his book. . . . Evolution has not run its course. Geogenesis led to biogenesis, "which turned out in the end to be nothing else than psychogenesis. . . . Psychogenesis has led to man. Now it efficaces itself, relieved or absorbed by another and a higher function---the engendering and subsequent development of all the stages of the mind, in one word noogenesis noogenesis.' Noogenesis implies the production of a "superabundance of mind' and looks forward to the ultimate earth, a "universe of conscious substance.' Teilhard envisions mankind, through an ever increasing psychosocial unity, concentrating on the transcendent center of this psychic convergence---God---until it reaches the "Omega point,' the "fulfillment of the spirit of the earth,' a detachment of the mind from its material matrix and an abandonment of its organoplanetary foothold" (Catholic World). 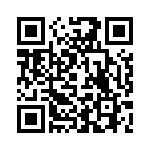