Page xxi
It is as though Fielding, Jane Austen, Peacock, Dickens, Trollope, George Eliot,
even Gissing, have become gigantic invisible presences that compel the English
to observe and assess certain combinations of characters and situation through ...
Page 135
Frankie had become an unjoined person who hung around in doorways, and she
was afraid. ... seeks simply to escape from her solitary condition — she dreams of
leaving her father's house, of going to the war as a Marine, of becoming a film ...
Page 230
The novel ends with Chris, having made a third, unsuccessful marriage, returning
to the Mearns to become a farmer. ... She becomes more passive as the work
proceeds, and in terms of it as a whole she is often only one of the centres of its ... 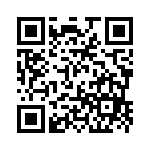