Mason Hammond was born on February 14, 1903, in Boston, Mass., the son of Samuel and Grace Hammond. He began his college education at Harvard University in the mid-1920s and as a Rhodes Scholar at Oxford University. After earning his bachelor's degree, Hammond returned to the U.S. and began teaching Greek, Latin, and History at Harvard University, where he eventually became an Emeritus Pope Professor of Latin Language and Literature. Using his expertise in Languages and Classical Studies, Hammond started writing shortly after beginning his teaching career. His first book, The Augustan Principate, was published by Harvard University Press in 1933. Hammond's other books include City-State and World-State in Greek and Roman Political Theory until Augustus and The Antonine Monarchy. Also the co-author of Aeneas to Augustus: A Beginning Latin Reader for College Students and co-editor of revised editions of Plautus's Menaechmi and Miles Gloriosus, Hammond is an American Academy of Arts and Sciences Fellow. 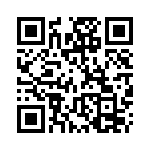