Justin D. Murphy, PhD, taught at Howard Payne University in Brownwood, Texas, for more than 20 years, serving as Brand Professor of History and dean of the School of Humanities from 2007 to 2016. 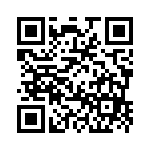