Thomas of Monmouth was a monk in Norwich cathedral priory in the mid-twelfth century, but nothing more is known about his life.

Miri Rubin is Professor of Medieval and Early Modern History at Queen Mary, University of London. She is the author of two books for Penguin: The Hollow Crown: A History of Britain in the Late Middle Ages and Mother of God: A History of the Virgin Mary. 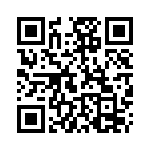