Page 67
Then he asked himself why should he be angry. It was he who had started the
discussion, and the Negro, at no time, had been disrespectful. Indeed, he felt a
sort of fascination for the frank and courteous bearing of the man. This porter, he
...
Page 83
asked No. 1. “A most important question, sir," replied Dixon, "and one that has
been sadly neglected, as witness the welcome that was once extended to all
types of European immigrants, nearly all of whom, except the German, French
and ...
Page 120
The senator considered the newspaper in his hand and asked, "What do you
think of the press and the Negro?" “The press,” said Dixon, "especially the large
dailies, has undergone such a great change in its attitude toward the Negro since
...

JOEL AUGUSTUS ROGERS (September 6, 1880-March 26, 1966) was a Jamaican-American author, journalist, and historian who contributed to the history of Africa and the African diaspora, especially the history of African Americans in the United States. His research spanned the academic fields of history, sociology and anthropology. He challenged prevailing ideas about race, demonstrated the connections between civilizations, and traced African achievements. He was one of the greatest popularizers of African history in the twentieth century. Rogers addresses issues such as the lack of scientific support for the idea of race, the lack of black history being told from a black person's perspective, and the fact of intermarriage and unions among peoples throughout history.

A respected historian and gifted lecturer, Rogers was a close personal friend of the Harlem-based intellectual and activist Hubert Harrison. In the 1920s, Rogers worked as a journalist on the Pittsburgh Courier and the Chicago Enterprise, and he served as the first black foreign correspondent from the United States. 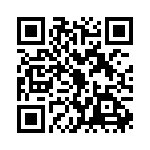